Ivory portrait miniatures are what they say they are – miniature portraits painted on ivory. Ivory has been used as an artistic medium for centuries[1]. Portrait miniatures first appeared in the early 16th century at the French and English courts as they were a portable way of carrying someone’s likeness[2]. Even though the medium is antique ivory there are still many legislative restrictions on the sale, import and export of the portraits. However in the United Kingdom, these laws have not deterred a very lucrative market both online and at physical markets, such as auction houses.

At the start of the 18th century ivory portrait miniatures began to grow in popularity. The introduction of ivory as a medium meant that miniatures were more accessible, for example sailors and soldiers would commission portraits to leave their loved ones with a likeness to cherish whilst away on duty[3]. A portrait could be worn as a piece of jewellery such as a pendant on a necklace[4]. As there was such a large demand for portrait miniatures on ivory and from all social levels, the artists would range from butlers working in their spare time to professional painters. In fact, until the 1760s most ivory portraitists had no professional training[5]. At the end of the 19th century portrait miniatures became less common as the invention of photography led to a decline in demand[6].

Ivory was used as a medium as it had a better luminosity than vellum which meant that flesh tones were depicted better and with a matt finish, plus the preparation process was a lot less complex than for vellum[7].

Issues regarding ivory and ethics

After wholesale bans on the use, sale, buying, import and export of ivory, antique or new, to save elephants from extinction, it is currently claimed that the United Kingdom is the largest exporter of ivory within the European Union even with existing legislation-imposed limitations on exportation of ivory[8]. The British Antiques Dealer’s Association (BADA) argues that historical items are not made of recently poached ivory yet debates about the ivory market do not consider this differentiation between new and antique ivory[9]. Similarly, a report by TRAFFIC (an alliance of WWF and IUCN) demonstrated that there is no material link between UK sales of genuine antique ivory objects and the illegal ivory markets in the Far East and South East Asia[10].

Therefore, although there are definitely major issues globally regarding the marketing of ivory, it is ethical to sell, import and export ivory portrait miniatures as they were made when the use of ivory was legal, and this minute market has not contributed to current ivory poaching – which would be evident by a new market of portrait miniatures on new ivory.

As ivory is from an endangered species there is heavy legislation regarding it as a product regardless of when it was removed from the elephant. The two key international agreements that have been ratified within the United Kingdom are The Convention on International Trade in Endangered Species of Wild Flora and Fauna 1973 (CITES), as well as the European Council Regulation 338/97. After both regulations came into force during the 1970s and 1990s, the new Ivory Act 2018 will come into force later in 2019.

CITES was drafted in 1963 at a meeting of the World Conservation Union (IUCN) before coming into force on 1st July 1975. Since then 183 parties have signed up to the agreement. The agreement acts as a framework for each signatory to base domestic legislation off and to ensure that CITES is implemented at a national level[11]. The CITES agreement specifies that all endangered species and their bi products are subject to import, export and re-export licenses which can only be acquired from a specific national authority[12]. The United Kingdom implemented CITES with The Endangered Species (Import and Export) Act 1976. Under the Act ivory portrait miniatures must have been made on ivory that was gathered pre-1976 and must have a CITES import, export or re-export license[13], otherwise it will not receive a UK license and cannot be sold.

The European Council regulation 338/97 aimed to introduce controls within the EU on trading in endangered species and their bi products. This was implemented into UK law with The Control of Trade in Endangered Species (Enforcement) Regulations 1997 (COTES) and came into force on 1st June 1997[14].  COTES 1997 makes it an offence to sell, keep for sale, offer for sale, transport for sale, use for a commercial purpose or purchase anything which is made from an endangered species[15] unless there is a relevant licence for importation or exportation. As with COTES and CITES both require an import or export licence, therefore, the impact on the ivory portrait miniature market is not too great and would just require a higher level of due diligence when buying or selling a miniature.

The Ivory Act 2018 will be coming into force in late 2019[16] and will ensure a total ban on all ivory regardless of when it was acquired, with five exceptions[17]:

With regards to ivory portrait miniatures there are four articles[18] relevant to the market;

Although this Act is not enforced yet it will not adversely affect the miniatures market if the ivory was sourced pre-1918 and has a surface area less than 320cm2[19].

These three pieces of key legislation relating to the trade in ivory essentially mean that to comply the ivory portrait miniatures market must ensure that:

Buyers and dealers should be aware of these requirements as a part of their due diligence in a sale and should be wary of any imported or exported miniature post 1976 as it is likely to be an illicit item.

About the author: Georgina Tall is a paralegal living and working in London. Georgina is currently completing her solicitor’s exams (LPC LLM, University of Law, UK) after earning a BA in Archaeology and Ancient Civilisations (Durham University, UK) and completing the Graduate Diploma in Law (University of Law, UK). Initially her interest was in the motives of Late Antique iconoclasm but that soon led to an interest in the world of art crime and cultural protection. Recently, Georgina has completed the Sotheby’s Institute of Art summer course in Art Crime (accredited by the University of Manchester) and the Association for Research into Art Crime’s (ARCA) postgraduate course in Art Crime and Cultural Protection. Georgina now hopes to combine her cultural interests with a career in law as an art and cultural solicitor in London.

[14] The Control of Trade in Endangered Species (Enforcement) Regulations 1997

[15] UKELA 2017, Endangered Species Trade in the UK, viewed 1 August 2019 <http://www.environmentlaw.org.uk/rte.asp?id=251>; Article 5 of the Regulations determine proof of lawful import or export and Article 8 of the Regulations sets out purchase and sale etc. of an endangered species

[16] on date of publication the act had still not come into force with sources still reporting ‘late 2019’ as an estimate for when it will come into force. 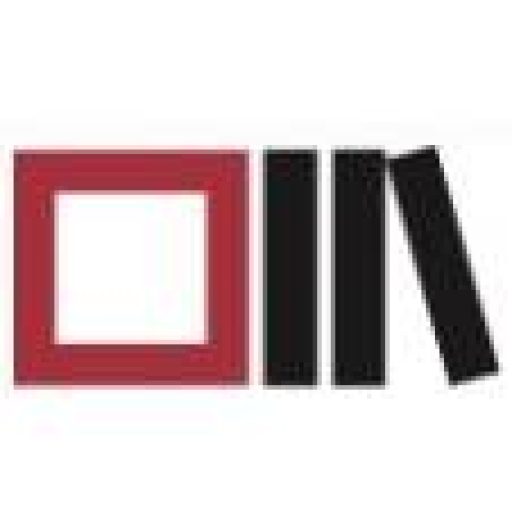